Mogadishu, 9 May 2017 – The European Union (EU) Naval Force hosted the Prime Minister of Somalia, H.E Hassan Ali Khayre, aboard the flagship ESPS Galicia, on Monday, to highlight the cooperation existing between EU and the Federal Government of Somalia, in policing Somalia waters.

The EU Naval Force is presently working under the codename “Operation Atalanta,” which is a counter-piracy military operation off the coast of Somalia. The forces protect Somalia bound ships, belonging to the UN World Food Programme and the African Union Mission in Somalia (AMISOM).

Discussions between the Prime Minister and the EU officials focused on the counter-piracy operations, recent piracy incidents on the Indian Ocean; and how the EU can best support the Federal Government of Somalia, to take full control of its maritime security, which is essential for long-term stability of the country.

“We have been a supporter of the security sector in Somalia and maritime security is a central pillar often overlooked,” Ambassador Lorenzo said in her remarks.

“The protection of the Somali coast and over 3,300 kilometers of it, is central not only for the fisheries sector but also for the commercial shipping industry; and in general for the private sector, who wish to have some degree of stability, of security, to be able to invest in such a sector with wealth of prospects,” she added.

Prime Minister Khayre was also led on a guided tour aboard the ESPS Galicia, which is used in anti-piracy operations.

“We have also raised the issue of joint collaboration in order to devise ways to end the illegal fishing in Somali waters by foreign vessels. So, we have agreed to continue discussions on how we can protect the Somali natural resources,” Prime Minister Khayre stated.

According to Maj. Gen. Robert Magowan, the EU Naval Force Operations Commander, Operation Atalanta which started in June 2016 has a mandate running until December 2018.

In the course of fulfilling its mandate, Maj. Gen. Magowan said, they have thwarted attempted pirate attacks. He added to say that they would continue to sustain the momentum of the operation, in order to deter and suppress piracy on the high seas.

“We will continue to deter piracy for as long as we are here. That is something I am very clear about,” Maj. Gen. Magowan emphasized.

“It is also important for us to continue to reassure our maritime industry, that we will continue to suppress and deter piracy and ensure they deliver best management practices as they move in this region.”

The Key Leaders Engagement onboard the Spanish Flagship was organized as part of Europe Day 2017 activities, to raise awareness of EU support to Somalia.

Europe Day is being marked on 9th May in Mogadishu. 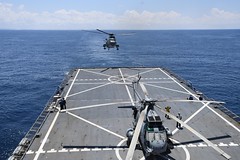 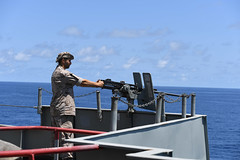 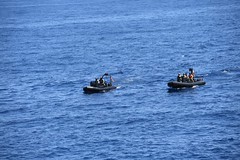 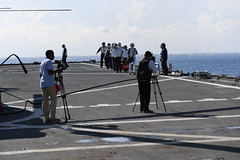 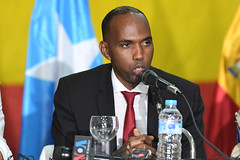 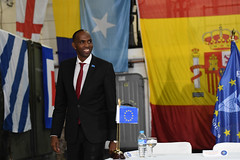 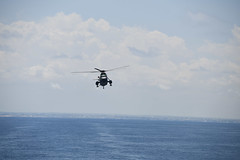 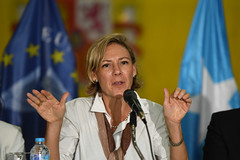 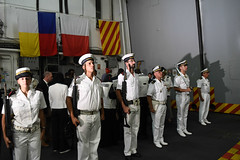 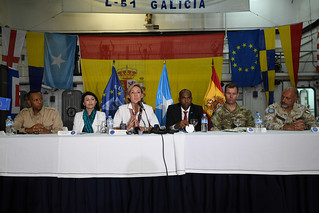 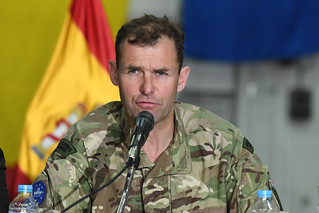 Kuwait to host donor Conf. on Somalia next year

Azerbaijan ready to continue support to those in need in Somalia